“We’re all capable of the most incredible change. We can evolve, while still staying true to who we are. We can honour who we’ve been, and choose who we want to be next. Now’s your chance – how about it?”

All change! Yeah, I know, I didn’t write an all-encompassing summary of Mr Moffat’s reign like I did with Mr Davies (my life was a bit of a mess at the time), but this really is new. New showrunner (and more about that in a minute), new team, new Doctor… and most concerningly, new composer!

Yes, really, despite my worries about Chris Chibnall (longtime readers of my blog may be aware of my ambivalent feelings about him), or the (entirely inconsequential) fact that the Doctor is now female, my biggest worry was the new music. I mean, yeah, I’ve had my problems with Murray Gold (though it wasn’t really his fault that I couldn’t hear the dialogue over his music in the mix), but he’s been, if you think about it, the only constant since the show came back in 2005. Doctors come and go, showrunners come and go, Murray was always there.

Till he wasn’t. And you know what? That was actually great. New composer Segun Akinola has obviously taken a more low key approach – no big heroic themes here, no hummable motifs (yet), but good, straightforward music that sets a mood and complements the action onscreen rather than overwhelms it, as Murray’s often did. But when he needs to, as in his arrangement of the theme tune, he clearly can get showy. I love it.

But oh yeah, there was an episode surrounding this, wasn’t there? And a new Doctor, that some people seemed to be a bit concerned about because she was, well, a woman. Well good news everyone – she’s the Doctor. Without a bloody doubt. The episode surrounding her was, if I’m honest, a bit average, but Jodie Whittaker had this part right from the outset.

Thing is, imagine her lines spoken by any of the previous Doctors, and they would have worked just as well. Equally, imagine her doing any of the classic lines from previous Doctors, and on the strength of this, they would have worked just as well. Because this larger than life character isn’t a human being, no matter how much he – now she – seems like one. No, she’s a fantasy hero, and if any character can pull off changing gender without it mattering one jot, it’s this one.

I might have been more worried about her being so overtly Northern, if Christopher Eccleston hadn’t sort of addressed that right back when the show was revived in 2005. To be honest, with Sylvester being mainly Scottish, Paul being at least slightly Liverpudlian, and now Peter having explicitly revelled in being a grumpy Scotsman, it’s a long time since the Doctor needed to speak in Received Pronunciation.

Which is just as well, because one of the good things about this story was the fact that it stepped away from the idea that every Who story has to be (if it’s Earth-based) in the South East of England. Even Russell T Davies, a Welshman filming the series IN WALES, still followed tradition by putting the Earth settings squarely in London. Steven Moffat may have stepped away from that a bit, with the non-specific location of Leadworth village, but even he (a Scotsman) still adhered to that old formula.

Well not any more, it seems. I fully admit I’ve had my problems in the past with the writing of Chris Chibnall (the man who gave us the immortal Torchwood  line, “when was the last time you came so hard you forgot where you were?”), but actually setting the story in Sheffield was a very welcome change. There’s more to Britain than just London, and apart from oddities like The Green Death and Terror of the Zygons, the show’s rarely acknowledged that. If we’re looking at a series where all the Earth locations AREN’T London – then great!

And that fed into the new team too. I must admit, I’m a bit wary about giving a new Doctor so many companions all at once – I remember Peter Davison’s first season, where he had so many companions that some of them had to spend half the story asleep or locked up because the writers couldn’t think what to do with them. 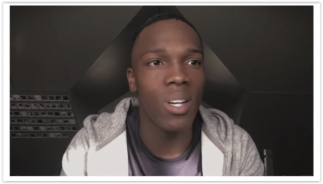 That still might be the case here – it’s a bit early to tell. But they all played a valid part in the drama here, and all were well-drawn and believable (to varying extents). The story centred around Ryan Sinclair, and he was the wellspring around whom all the other characters were drawn. Fortunately Tosin Cole was up to the challenge of making a believable character, and for a wonder, Chris Chibnall gave him some good material to work with. Sensitive, dyspraxic, and unable to ride a bike at an age where most people are driving cars, he was instantly likable. 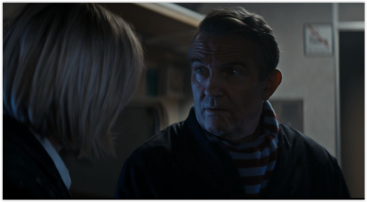 As was his ‘grandad’ Graham. A lot of people seemed doubtful about the casting of Bradley Walsh, but actually I never was. I think I learnt a lesson from being similarly doubtful about Billie Piper 12 years ago, and being proved totally wrong about that. Walsh was great, although if I’m honest Graham does seem like a bit of a reprise of Bernard Cribbins’ Wilfred Mott.

The one that didn’t really come off (yet) was Mandip Gill as PC Yasmin Khan. She wasn’t given much of a character beyond “incredulous police officer” to begin with, and it didn’t really develop from there.  But she did fine with the (limited) material she had, and it’s only episode one. She obviously has potential to develop, especially since she’s now floating in deep space.

So, the formula was set up very well here, I thought. Great new Doctor, likable new companions… unfortunately though, the story they were in was a bit uninteresting. To be fair, doing Predator in Sheffield, with the alien hunter’s intended victim being an ordinary schmoe trying to convince  himself that “I am loved… I am important”, was wryly amusing, but it felt like a recycled script from one of Chibnall’s less adolescent Torchwood eps (to be fair those were the better ones).

It did at least give scope for some good set pieces – the attack on the train was brilliantly directed by Jamie Childs, and the climax on the cranes was heart stoppingly tense. But really, there was nothing much new to see here. The idea that “Tim Shaw” stole his victims’ teeth was nicely gruesome, but I had to wonder if Mr Chibnall had read Bill Willingham’s DC Comics series Fables, where the nightmarish Mr Dark does… exactly that.

To be fair, the point of a new Doctor’s first story is to introduce the new Doctor, and this had even more to do than that – new Doctor, new gender, new companions, new music… Any episode would have a lot to cope with just there, and the show has frequently had character-led eps with average plots that have been great – think School Reunion, Power of Three etc.

So no, it wasn’t a bad story. It was a serviceable one, and that’s all it needed to be, because the purpose was to ease us into this new world. And in that, it succeeded. No need to try doing a portentous sequel to Genesis of the Daleks when it had all that to cram in already.

And yes, I think it worked. No, the actual plot didn’t blow me away. But Jodie Whittaker already has the part down perfectly – that final speech to Predator-wannabe “Tim Shaw” was just perfect, restating the character’s principles while addressing the very idea of change. Nicely written, Mr Chibnall (what parallel universe must I be in to write such a thing?)

The new gang seem pretty likeable too – Yas has room to expand, but there’s plenty of episodes to do that. And yes, I like the new costume (“it’s been ages since I’ve shopped for women’s clothes” made me wonder when his previously male self did that), although the addition of a hood on the long coat may be a bit too reminiscent of her immediate predecessor’s fondness for long coats worn over hoodies.

All told, I liked it. It didn’t blow me away, but the new Doctor was good, Chris Chibnall’s script was unexpectedly nuanced and sensitive, and it gave a sense of interesting things to come. Now I’m just itching to see what the new title sequence looks like – this is the first time ever the show’s had no opening credits at all (or even closing ones, if you were watching on BBC America). Roll on next week…