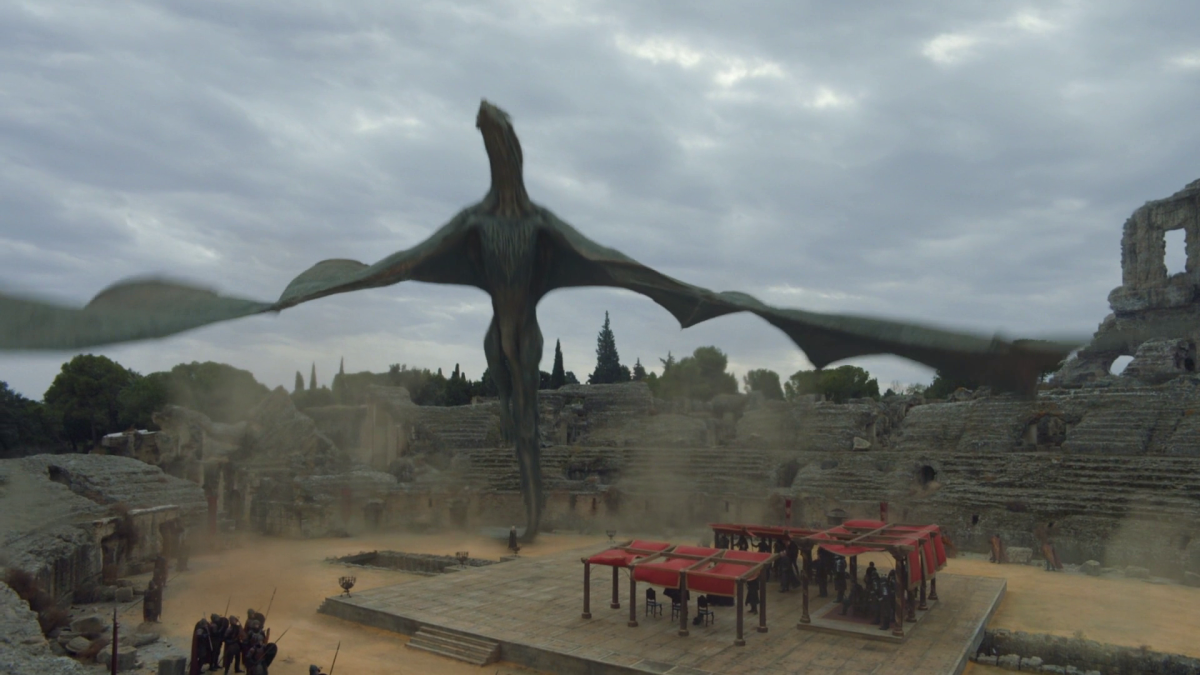 This truncated season of Game of Thrones has often seemed to move at a breakneck pace, sacrificing the nuance and complexity of earlier seasons in favour of tying up the multiplicity of plotlines as fast as possible. This has led to a lot of tick-box exercises in plotting, as with last week; it’s also led to a lot of artistic licence to keep things rattling along, particularly in terms of distances. Many people have been pondering how, last week, Gendry ran all the way back to Winterfell, a raven was dispatched to Dragonstone, reached it, and Dany’s rescue party arrived in what could only have been a few hours. END_OF_DOCUMENT_TOKEN_TO_BE_REPLACED

“We’re soldiers. We have to know what we’re fighting for. I’m not fighting so some man or woman I barely know can sit on a throne of swords.”

Obviously this season’s tightly focused showpiece, this week’s Game of Thrones took us into classic war movie territory as we followed the Men on a Mission in their suicidal quest beyond the wall to capture a wight. The Dirty Dozen, perhaps, or more likely Snow’s Seven. END_OF_DOCUMENT_TOKEN_TO_BE_REPLACED

“So we fight and die, or we submit and die? I know my choice.”

For a wonder, we got through this week’s Game of Thrones without a single epic battle. To be fair, it looked like everyone was still pretty shellshocked from last week’s dragon holocaust! Jaime Lannister, in particular, looked like the crestfallen Nazi generals in Downfall, who’ve realised there’s no way to win but can’t seem to communicate this to the oblivious Fuhrer (ie Cersei). END_OF_DOCUMENT_TOKEN_TO_BE_REPLACED “They fought together, despite their differences. Together. We need to do the same if we’re going to survive. Because the enemy’s real. It’s always been real.”

As Game of Thrones moves ever-closer to its conclusion, the narrative pace seems to be massively accelerating in this shorter, penultimate season. Gone are the days when you could reasonably predict a season’s structure; that there’d be an impressive battle by episode four or so, then much political machination leading to events of great magnitude in episode nine, followed by one ep of picking up the pieces. We’ve only just got through four episodes, and we’ve had an epic naval battle, followed by the seizing of both Casterly Rock and Highgarden, and now the devastating first deployment of a dragon just outside King’s Landing.

END_OF_DOCUMENT_TOKEN_TO_BE_REPLACED

“If we don’t put aside our enmities we will all die. And then it won’t matter whose skeleton sits on the Iron Throne.”

A talkier episode than last week for Game of Thrones, but a thrilling one nonetheless. There was plenty of plot development going on, but aside from the usual intrigue, the focal point of this ep was on the long-awaited meeting of Daenerys Targaryen with Jon Snow. It didn’t disappoint. END_OF_DOCUMENT_TOKEN_TO_BE_REPLACED