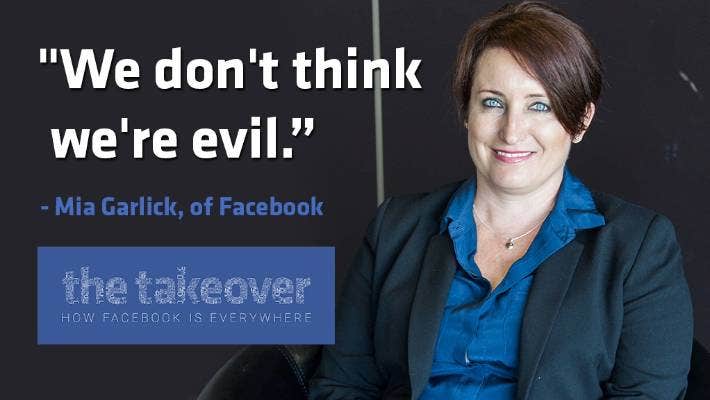 Hi all. I know a few people have been worried about me because I haven’t posted on here for weeks. Well, don’t worry, I’m OK. In large part because I’ve stayed off Facebook for nearly two months.

I’ve been finding it increasingly difficult of late, given the state of my mental health, to deal with this network. When I first joined, it was a nice way to stay in touch with friends I’d otherwise have lost contact with, and it was enjoyable. A real community.

Over the last few years though, it’s become increasingly toxic and unpleasant. Part of this is undeniably down to the state of the world – Trump, Brexit, covid. But a large part is also down to Facebook itself, and its “Top Stories” algorithm which foregrounds the posts with the most reactions. Usually, the posts guaranteed to cause conflict and argument.

Now, I’ll hold my hands up, and say that yes, I am someone who is easily drawn into arguing. There’s classic XKCD cartoon of one of their usual stick figures sitting at a computer, stating that he can’t come to bed because “someone’s wrong on the internet”. That was me. But even in the most vociferous arguments, I’ve always been civil and courteous, and not resorted to insults – for the most part.

Unfortunately, that seems to be an increasingly rare attitude. Over the last few years, I’ve had people getting increasingly hysterical and nasty about politics, Brexit in particular. I take the moral high ground and don’t block them – in part, because I don’t want to live in an echo chamber where everyone shares my own views. I WANT to hear differing viewpoints.

But the sheer nastiness has been hard to cope with, especially from people who I’d previously considered friends. I don’t know if you’d noticed, but it’s been a very long time since I’ve dared to post anything relating to politics of any kind, for fear of generating more of these arguments. I just can’t deal with them any more.

But it’s no longer just political topics. I rarely post, or respond to other posts, about Doctor Who any more, even though it’s one of my favourite things in the whole world. Why? Because any time I said I liked one of the current episodes, I got piled on for being too “woke”. When I said I didn’t like one, I was repeatedly called a misogynist. To be clear, I don’t care if the Doctor is played by a man, a woman, or a cabbage – it’s a science fantasy show. But when anything you say results in a slew of insults, you don’t bother saying anything any more.

A lot of this is down to the groups, where you interact with relative strangers. I was a member of a few of these, and I’ve decided not to bother with any of them any more. That classic British TV group I’ve posted about before was, in large part, a cesspit of racist, misogynist, homophobic bile.

I was finally banned from it anyway (and suspended from Facebook) after responding to a poster who said my being gay bashed was “the funniest thing [he’d] heard all day by calling him a “homophobic c**t”. The reason Facebook suspended me? I was guilty of “bullying”, because of my choice of words. What vile, inflammatory topic prompted this argument? A post about Frankie Howerd.

A group where an innocuous post about a 1970s comedian descends into bigoted abuse wasn’t one I really wanted to remain in anyway. But it’s not just that one. Groups ostensibly devoted to such innocent topics as Doctor Who, Hammer horror films, and even local affairs are invariably full of this kind of stuff.

And it’s not just the groups. I rarely respond to friends’ posts about sensitive topics either, because, just like the Doctor Who situation, I can’t win. Responding innocently to a friend’s post about Black Lives Matter (a sentiment I wholeheartedly agree with), I was piled on by my friend’s friends, who’d decided by taking something out of context that I was a racist. Nothing I could say would dissuade them, and my mental state was so parlous that night it nearly drove me to do something serious. I didn’t venture back onto Facebook for a week after that.

Then there are the nutjob conspiracy theorists, which seem to have multiplied a hundredfold since the vaccine was rolled out. Some of them, to my surprise, were good friends who I’d previously thought of as intelligent and rational. But then covid has affected people in all sorts of different ways. In the beginning I tried arguing with them, using logic and evidence. It got me as far as the same approach did with Brexit.

But I began to feel like Canute trying to hold back a tide of sheer irrationality. So I gave up. I got the impression that some of them were actually spoiling for an argument, and like a fool I kept falling for it (perhaps because I’ve done the same myself). Now, I feel the best approach is simply not to engage at all, and I feel happier when I see their posts have not a single response. If I’m honest, that doesn’t reflect well on me either.

The final straw this time was on a private group chat with some old friends, when one of them quite unexpectedly hurled abuse at me for reasons I’m still not clear about. To give him credit, he’s since apologised, and I know he had things of his own going on in his head. He can’t have known how close to snapping I was, so I don’t blame him. But it was the last bit of luggage that makes Buckaroo finally kick everything away. I haven’t been on Facebook since then. That was many weeks ago.

If you think all of this sounds like an outpouring of self-pity, you may be right. I know what the internet’s like. In the past, responding to other people’s sensitivity about the web frontier, I’ve often quoted Q from Star Trek:

“If you can’t take a little bloody nose, maybe you ought to go back home and crawl under your bed. It’s not safe out here. It’s wondrous, with treasures to satiate desires both subtle and gross. But it’s not for the timid.”

Well, with the state of my mental health after the breakup of my 17 year relationship, followed by the death of my mother and two years of the most traumatic events globally humanity has ever seen, I AM timid. So I did “go back home and crawl under my bed”.

However, some weeks off Facebook and a bit of self-reflection has made me feel that those good things about social media – staying in touch, sharing good things and bad things about your life with good, supportive friends – are still there. Despite Zuckerberg and co’s best efforts to drown them in a sea of argument, profit and commercialism.

So I’m venturing back. Tentatively. I’m still staying off any groups, being cautious about engaging on sensitive topics, and avoiding being political. What does that leave? Breakfast and cat pics? Well, I expect I can manage something more substantial than that. But I’m hoping people will be aware that, however great posts may make me sound, I may well be more fragile than I seem. I’ve always tried to extend that empathy to everyone else, and I hope others can do it for me.