“You’re not superior to the people who are cruel to you. You’re just a whole new bunch of cruel people.” 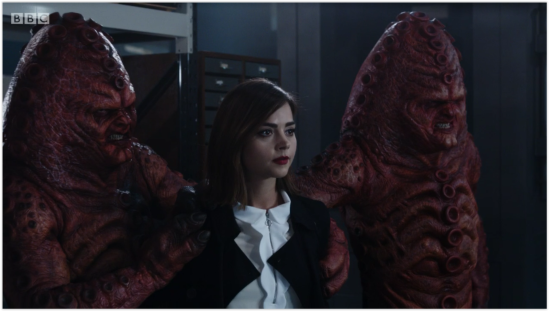 Before I begin, a brief word of explanation to the two or three of you who wait with bated breath for my opinions on Doctor Who – I was on a pub crawl. Yes, I know, I don’t usually miss the show on its first broadcast, but it was a mate’s birthday, and to give him credit, the best planned pub crawl I’ve ever been on. Trouble was, after eleven pubs I was a bit hungover when I finally got to watch the show (and may have had a hair of the dog). Consequently, I thought it might be better to write about the show when I’d rewatched it and could actually remember what happened… 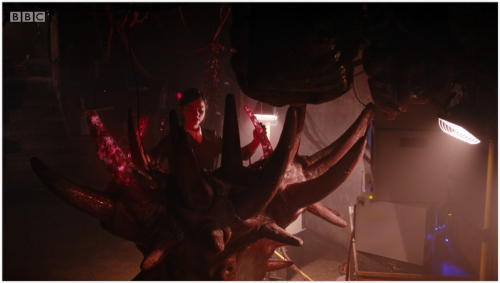 That said, I didn’t have high hopes for this week; after all, the most complimentary thing I could say about Peter Harness’ first instalment was that I didn’t hate it (though after Kill the Moon, that was high praise indeed). However, it just goes to prove what I always say about pessimism – you never get disappointed, but it’s always possible to be pleasantly surprised. This was (in my lowly opinion) a very, very good episode indeed.

That’s not to say it was without flaws – far from it. The central metaphor – Zygons living among us being a parallel to, let’s face it, Islamic terrorists – was as sledgehammer unsubtle as last week. Harness, it seems, does not do metaphor without bludgeoning you over the head with it. The varied international settings of last week being reduced to just London (“what a dump”) this week felt like it seriously reduced the sense of scale. And while I liked the idea of the ever-clever Clara exploiting the link between her and her Zygon duplicate, I’d say trying to break out of fantasy dreamworlds while unconscious has been pretty much done to death on the show in recent years. 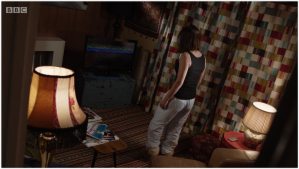 But. With those strictures in place, this felt like a well-done retread of all those classic Pertwee stories where the Doctor tries desperately to broker peace, only to be thwarted by the venality of humanity (not least in the person of the Brigadier). The difference was that this time, he managed it. And to give credit to Harness, that resolution (while it came across as idealistic and naïve) arose naturally out of the drama he’d written, without breaking the rules he himself had established in the dialogue up to that point. The ending of this felt truly life-affirming and optimistic, in the way that Kill the Moon seemed to be striving for but utterly failed at.

While I’m giving credit to Peter Harness though (not a phrase I thought I’d ever type), it should be borne in mind that along with writing, it was the performances that made this episode feel so riveting. Once again, Peter Capaldi seemed born to play the Doctor, in a way that I never felt would happen last year. His James Bond-esque Union Flag parachute, his hasty warning to Osgood not to check his browser history (Time Lord porn? The mind boggles), identifying himself to the stony-faced police as ‘Dr John Disco’, and reinventing the acronym TARDIS as standing for “Totally and Radically Driving In Space” – this is an actor who really gets how to do the Doctor, while putting his own unique spin on it. If only he’d played it this way last year! 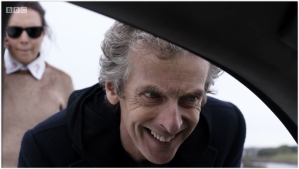 It wasn’t just the humour though. If every Doctor has a defining moment (Troughton in Tomb of the Cybermen, Baker in Genesis of the Daleks), that amazing scene in the Black Archive should be Capaldi’s. His passionate performance in describing the folly of war was magnetic, drawing on the Doctor’s own war guilt to firmly say that he didn’t want anyone, ever, to feel like he had, was astonishing – you couldn’t take your eyes off him. And along the way, he presented one of the best arguments against war I’ve ever heard – why not just skip the part where thousands of people are brutally slaughtered, and go straight to the bickering around the negotiating table it always ends up as? 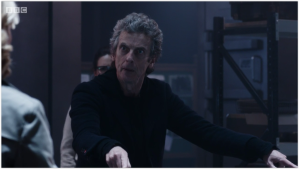 It was, as I say, idealistic and Utopian that ‘Zygella’ (nice) should end up not only swayed by him but also able to end the conflict with a few orders. If Harness is really making a parallel with extremist British Muslims (and thank heaven we were spared the word ‘radical’ this week), I seriously doubt Islamic State are going to put down their weapons and live in peace just because one high ranking member has a blinding revelation on the road to Damascus. 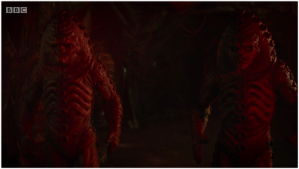 To be critical again, I’m still not entirely convinced by the modern version of the Zygons; while the suit lacks the obvious join of its 70s counterpart, for some reason they always seem to be pulling comedy ‘bad guy’ faces. But they do work well as shapeshifters, which (luckily for the budget) saves on making more than a couple of costumes. They also, as a result, gave Jenna Coleman a chance to give a more interesting performance than she can as Clara. ‘Bonnie’ (not sure why she chose that name) was a character who developed in a fairly short time from ruthless fanatic to thoughtful peacemaker.

Even with Harness’ persuasive dialogue, in some hands that could have been less than convincing. But despite the optimistic naivete (there’s my pessimism again) Coleman made it believable. The scene of her and her linked duplicate verbally sparring brought to mind nothing so much as Silence of the Lambs’ scenes between Foster and Hopkins; and if that’s not high praise, I don’t know what is. 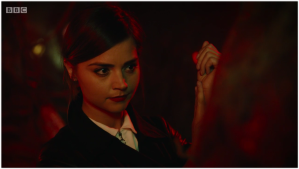 I did think it was rather a shame that we didn’t get to see more of Rebecca Front’s trigger-happy Colonel Walsh – what exactly did happen to her? Was she on the plane when it was blown up (again)? But Jemma Redgrave was as excellent as ever as Kate Stewart, and finally given more to do than just be a dependable ally. It was nice to see her put in the position her father so frequently occupied, having to make the decision to commit mass murder to avoid even greater slaughter; and even nicer that, unlike him, she was prepared to accept the Doctor’s alternative. 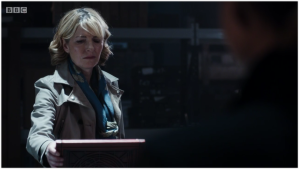 Again, being critical, it rather undercut that optimistic note that she then had to have her memory wiped like “the last fifteen times”. But it did at least offer hope that (presumably for the first time) ‘Zygella’ was left with her memories intact, having actually learned something. Mind you, I’m not sure I needed it sledgehammered home that she was now a good guy so heavily that she had to actually turn into Osgood.

Ah, Petronella Osgood. Yes, I can understand why fans are so happy to have her (actually, two of her) back. Ingrid Oliver once again made her charming, and an excellent foil for the Doctor in Clara’s pod-enforced absence. Yet, there’s still a curmudgeonly part of me that finds her a bit too much of a Mary Sue; the fan written into the story to save the day when the hero can’t. It’s only due to Oliver’s performance that I tend to overlook that, and I expect we’ll be seeing her again. And at least she got to deliver the last of Peter Harness’ sledgehammer social messages, informing the Doctor that she’d reveal whether she was human or Zygon “only when it doesn’t make any difference”. 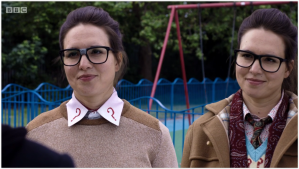 So yes, I found Harness’ social commentary as heavy as before, and the script was full of undue idealism and loose ends like the disappearance of Colonel Walsh (and Jac for that matter). It had a fair bit wrong with it, and probably doesn’t bear scrutinising too closely. And yet, in large part due to some of the writing and all of the performances, I came away from it feeling optimistic myself. That’s how good Doctor Who can be even when it’s flawed. 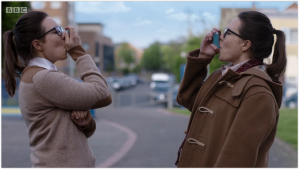 2 thoughts on “Doctor Who – Series 9, Episode 8 – The Zygon Inversion”