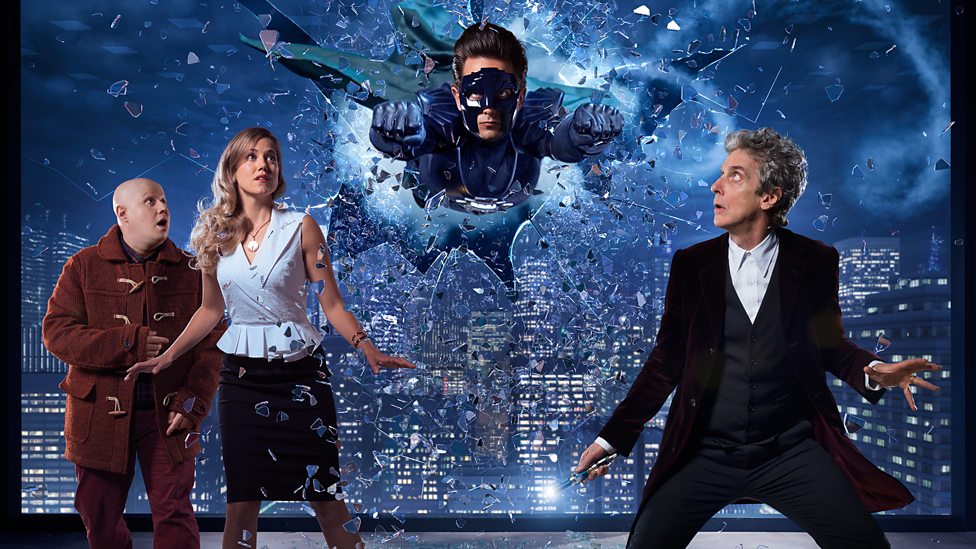 “The gemstone is giving you what it thinks you want. You’re a superhero!” 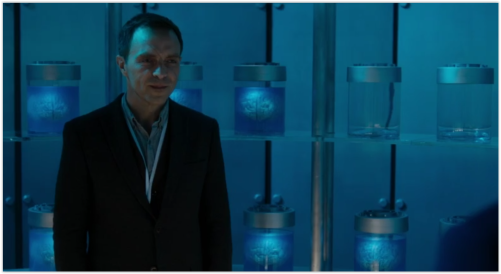 At first glance, superpowered musclemen who solve problems by punching them might seem rather at odds with the general tone of Doctor Who, a show whose hero uses his intelligence rather than brute force to save the day. And yet, almost from the beginning, the Doctor has certainly had his fair share of comics action, notably in the long-running Doctor Who Magazine comic strips. Those even generated their own superhero of sorts, in Abslom Daak, Dalek Killer.

So this story of a McGuffin-created superhero (the gemstone’s no less ridiculous than a radioactive spider after all) actually worked rather well, giving the audience action, laughs, romance and even a genuinely creepy plot about alien brains hijacking human bodies. The story of young Grant Gordon (alliterative name spot-on for a comic character) was lampshaded from the first with all those images of classic Marvel and DC heroes on the boy’s wall; nice of the publishers to let the BBC use them. 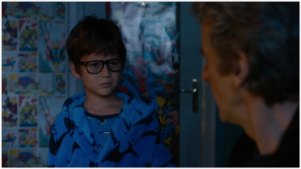 Not to mention the amusing skewering of classic comic tropes by this still-acerbic incarnation of the Doctor. It’s a fair point to note that Lois Lane, ostensibly an investigative journalist, has somehow managed to miss that Clark Kent is just Superman with glasses on; or that the likely consequence of Peter Parker being bitten by that radioactive spider would be such superpowers as “hair loss, vomiting and death”.

And yet, every comic book fan ever has managed to overlook those, so here, Moffat actually played on them as Grant (engagingly played by the rather lovely Justin Chatwin) worked as a nanny to his longtime crush Lucy Lombard (there’s that alliteration again) while she obliviously fell for his alter ego, costumed crimefighter the Ghost. 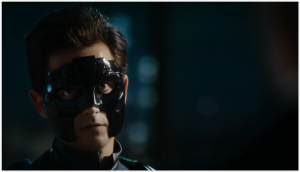 The Ghost managed to be an amalgam of Spiderman (gawky young guy who’s actually a superhero), Christian Bale’s Batman (putting on a gruff voice to avoid being recognised), but mostly Superman (everything else). Smallville had previously dealt amusingly with how a pubescent Clark Kent might have trouble dealing with his powers; but that wasn’t quite as amusing as teenage Grant’s X-ray vision problem (I loved the distaste on the Doctor’s face as he muttered, “ah, puberty”).

Indeed, it was to Superman more than any other hero that this owed a debt – especially Richard Donner’s never-been-bettered 1978 movie. So, we had references to “Ms Siegel and Miss Shuster”; a key plot point in the hero’s ability to hear high frequencies (“Superman, you’re the only thing on this Earth with less than four legs who can hear this frequency”); that Harmony Shoal rooftop ornament seemingly stolen from the Daily Planet; and most tellingly of all, a virtually identical version of the classic New York rooftop interview between Superman and Lois.

And of course, it had to be set in New York. Whether it be called that, or Gotham, or Metropolis, New York is the spiritual home of every superhero, their genesis in poor NYC boys like Stan Lee, Bob Kane, and Jerry Siegel and Joe Shuster. Some things don’t change though – I gather for budgetary reasons, New York City was really Cardiff and Bulgaria.

Any fears you may have had that the show’s essential Britishness might be lost with the increasingly international settings were ill-founded though – this was still very much Doctor Who. Peter Capaldi was on top form as ever, his acerbic wit mellowed but still very much present (“there are some situations which are just too stupid to be allowed to continue”). And he gave it his usual depth and pathos with that scene where he reflected on the time he’d just spent with River. 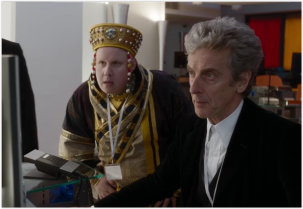 I actually enjoyed his interaction with Matt Lucas’ Nardole, improbably resurrected from last year’s Husbands of River Song so the Doctor could have a bit of company. Lucas managed to use his comic talent without it becoming annoying (though your mileage may vary on that), and he’s as unconventional a companion as we’ve had yet, not only male but also (sorry, Matt), not the usual pinup. It looks as though he’ll be carrying on in the TARDIS for at least some of the new season, which I’m happy about (though some members of my household less so).

In a character-based story like this, the obligatory alien invasion plot often comes off as something of an afterthought, but the sinister alien brains and their diabolical plan were rather good, very much in keeping with trad-Who. Brains in jars are a classic sci-fi trope – and have featured several times in Doctor Who before – but this had the novel and gruesome twist of their openable heads, an ideal hiding place for weapons. Like classic Who, it was just the right side of horror to still be teatime viewing for kiddies. 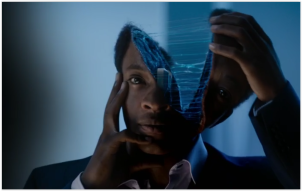 OK, this was fairly light and fluffy stuff; but that’s what a Christmas special should be. And refreshingly it broke with tradition by not trying to be “the most Christmassy one yet”; only the very early scenes were set at Christmas, which was then left unmentioned for the rest of the story. As a Doctor Who episode it was enjoyable without being especially classic. But as a fond love letter to classic comics and heroes, it was rather sweet. Eight out of ten, Mr Moffat.