So. After 8 years and 73 episodes, the biggest TV show of the last decade has finally come to a conclusion. It’s fair to say that, even with the last couple of years admittedly reducing and simplifying the show’s multifarious convoluted plotlines, tying up every loose end satisfactorily was always going to be a tall order. Expectations for a series finale have rarely been higher – and harder to meet.

END_OF_DOCUMENT_TOKEN_TO_BE_REPLACED “Men decide where power resides, whether they want to or not.”

Dracarys indeed. Lots of it. If Missandei’s final word was an instruction, this week saw it obeyed to the letter, and gave Game of Thrones fans the spectacle they’d always wanted from the final battle for King’s Landing.

END_OF_DOCUMENT_TOKEN_TO_BE_REPLACED

“Do you want me to apologise? I won’t. We were at war. Everything I did, I did for my house and my family. I’d do it all again.”

If you’re chafing for the first of this last season’s Big Battles, you may well have been disappointed this week. For the second week in a row, we were stuck at Winterfell as yet more characters came together in readiness for the Impending Doom of the White Walkers attack.

END_OF_DOCUMENT_TOKEN_TO_BE_REPLACED “So we fight and die, or we submit and die? I know my choice.”

For a wonder, we got through this week’s Game of Thrones without a single epic battle. To be fair, it looked like everyone was still pretty shellshocked from last week’s dragon holocaust! Jaime Lannister, in particular, looked like the crestfallen Nazi generals in Downfall, who’ve realised there’s no way to win but can’t seem to communicate this to the oblivious Fuhrer (ie Cersei). END_OF_DOCUMENT_TOKEN_TO_BE_REPLACED

“Sometimes a person has to choose. Sometimes the world forces his hand.” 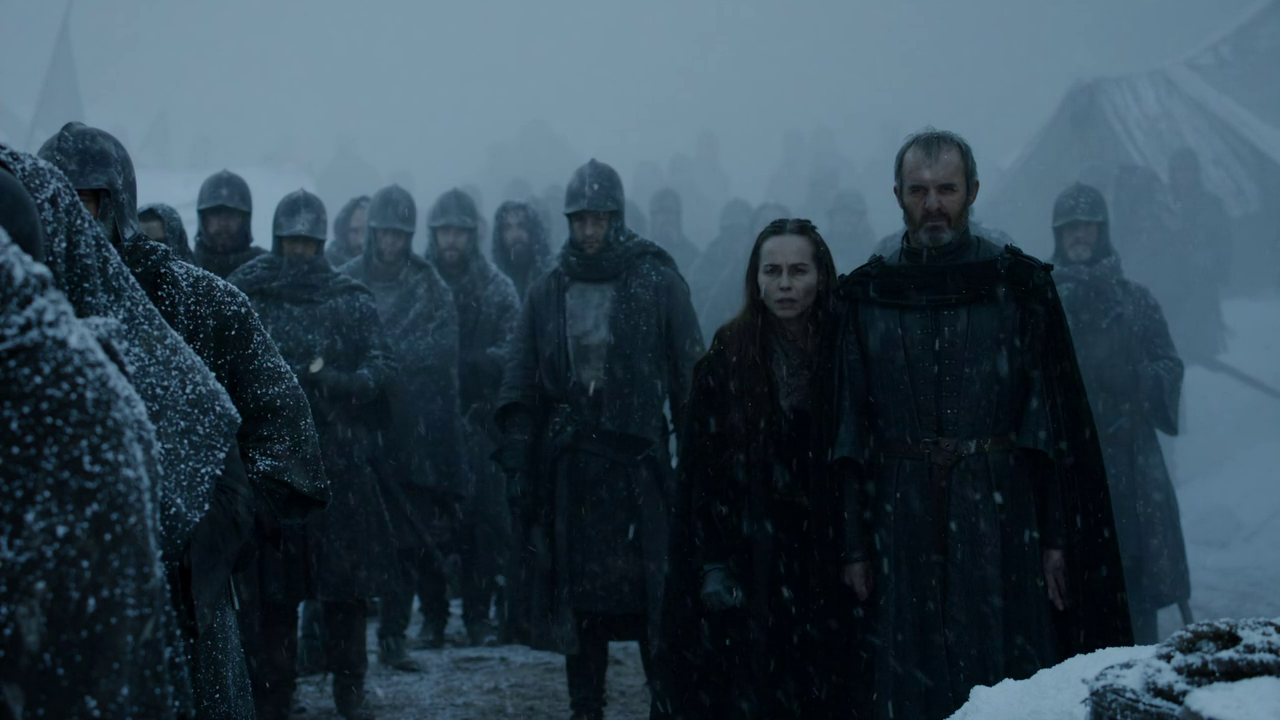 With the full throttle carnage usually expected from ep 9 of Game of Thrones having come early last week, this week the question was, what will ep 9 bring this year? As it turned out, it was much the same mix as last week, the Big Action Set Pieces split over two eps this year. As with last week, the ep started slow, then built to an unexpected epic battle in the third act; less epic than last week, perhaps, but that’s quibbling. By any other show’s standards, this might have been a season finale. In Game of Thrones, it was ep 9. END_OF_DOCUMENT_TOKEN_TO_BE_REPLACED

“I’ve seen the army of the dead. I’ve seen the White Walkers. And they’re coming for us. For all the living.” 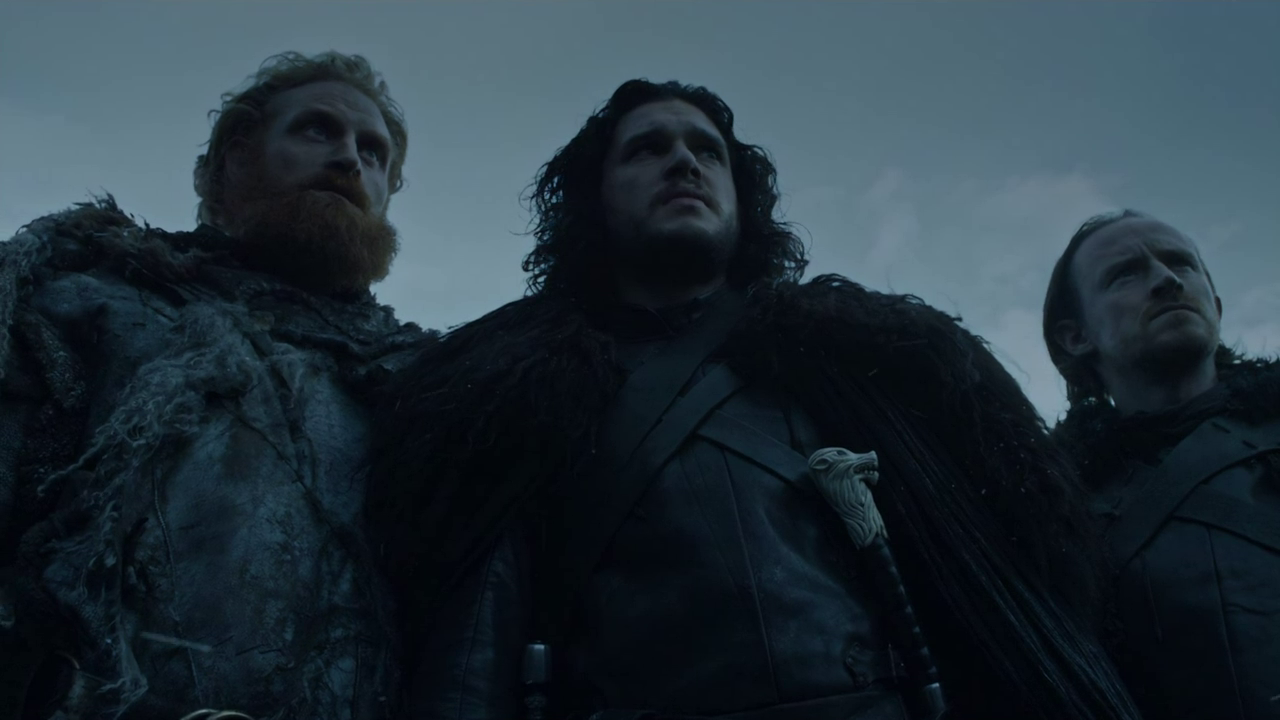 Holy crap. If you’ve been waiting for the standard epic battle usually provided in ep9 of each season of Game of Thrones, well… it came early. And if you’ve also been missing The Walking Dead, this should have more than filled the void. END_OF_DOCUMENT_TOKEN_TO_BE_REPLACED

“We both know that winter is coming. And if my people aren’t south of the Wall when it comes in earnest, we’ll all end up worse than dead.”

Unpredictable beasts, season finales of Game of Thrones. In the past, they’ve tended to be a chance to take stock after the tumultuous events of episode 9, while also laying the groundwork for next season’s plots. This one, though, was uncharacteristically action-packed, with some game-changing plot developments that should leave even those who’ve read the books impatient to see what happens next.

END_OF_DOCUMENT_TOKEN_TO_BE_REPLACED

With Game of Thrones off the air for a week between episodes for the first time, my first thought was of the recent internet furores regarding the show’s sometimes gratuitous use of sex and violence. I had wondered whether, in light of the controversy, the broadcast of episode 8 had been delayed to allow for some hasty re-editing to ‘sanitise’ the show. As to the sex, that might be true, but as the ep amply demonstrated, it certainly wasn’t true for the violence (of which more later).

END_OF_DOCUMENT_TOKEN_TO_BE_REPLACED

“Given the opportunity, what do we do to those who hurt the ones we love?”

With showrunners Benioff and Weiss on scripting duties again, this week’s Game of Thrones may have disappointed those who tune in for the show’s usual heady mix on action, sex, violence and intrigue. It was one of the eps the show occasionally does in which very little actually happens, but we get to spend a lot of time with the characters while they reflect on where they are, how they got there, and where they’re going.

END_OF_DOCUMENT_TOKEN_TO_BE_REPLACED

“When I see what desire does to people – what it’s done to this country – I am very glad to have no part in it.”

I love a good trial scene! It’s been a few episodes coming, but it can’t have been too much of a surprise that this week, the trial of Tyrion Lannister took centre stage. What may have been a surprise to fans of the book though was the increasing diversion the various plots were taking – even though they ultimately seem to be leading to the same places.