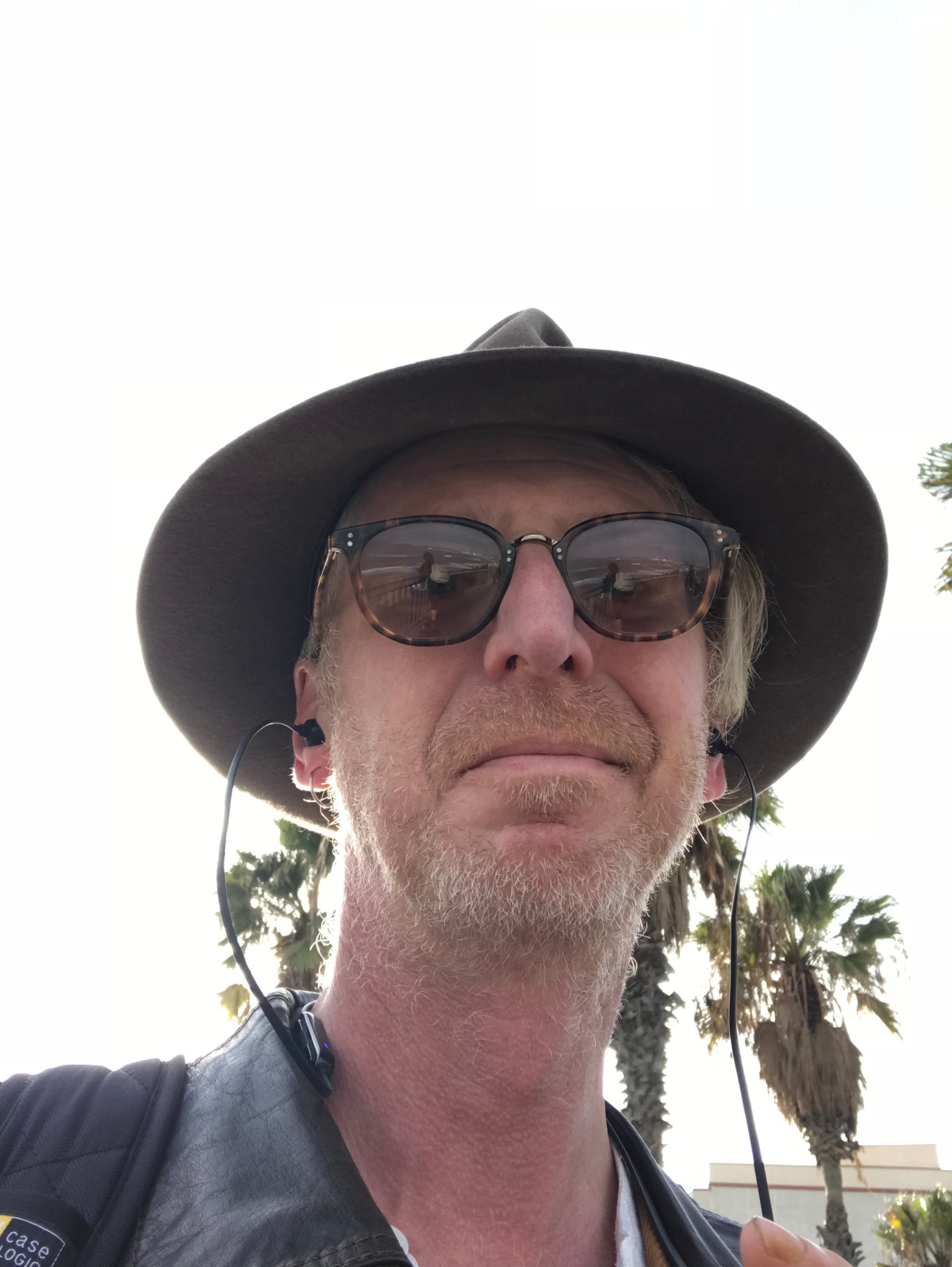 Well, most of what I’ve written on here over the years has been TV reviews. Imagine if your life was a TV show…

“Where do we go from here?”

Season 49 has been a radical shakeup for this show, arguably one that was long overdue after sinking into something of a creative rut. I have the feeling that, behind the scenes, a new showrunner has been appointed who wants to shake up the show with all the vigour that Phil Redmond had when he took over Emmerdale and wiped out half the cast in a plane crash. 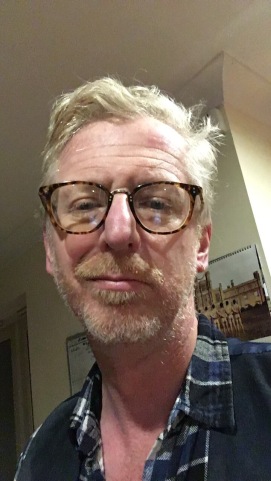 There were hints of it towards the end of the previous season, of course. Who could forget the understated, tragic season finale, in which the protagonist spent his own birthday on somebody else’s birthday pub crawl, starting at the pub where he first met his ex, only to later find out that the somebody else was his ex’s new partner? As season finales go, they don’t get much more down than that. And that was before the season 49 opener, when the (often unsympathetic) protagonist had a meltdown with a housemate that led to him losing his home too. A nod to the scriptwriters for having that happen on the date of what would have been his anniversary, for maximum heartstring-twisting.

This season hasn’t really settled, spending episode after episode seeming to look for a new format without actually settling on one. Obviously the opening credits cast list has changed dramatically, with the protagonist’s partner of seventeen years now given an occasional “also starring” credit in relevant episodes, like Giles in the last season of Buffy, rather than the last seventeen years of a co-lead credit. 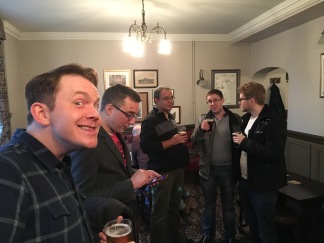 Not to mention the clumsy writing out of the main character’s close friend of the last ten years, the larger-than-life James. In a personification of the “put on a bus” TV trope, this character, a stalwart of the show for the last ten seasons, simply disappeared from the show with only a few vague text messages in the way of dramatic explanation. Kudos to the scriptwriters for making it a driving motivation in the protagonist’s depression, but honestly, is that a convincing plot development? One gets the impression of behind the scenes difficulties that may one day be made public.

Another change of main setting, the second in the last three seasons, hasn’t helped. Rather than the homely comfort of the old house in Milton, or the more impressive mansion in Stretham, the small bungalow our protagonist now finds himself in for most of the screentime is as depressing for the viewer as it is for the central character.

It’s all about context of course; if the central character himself felt in any way settled there, the viewers might find it reassuring as well. As it is, it often comes across as a stylised form of solitary confinement; the protagonist is always alone there, and nobody ever visits. It’s such a purgatory that it actually stretches credulity somewhat.

The tone of the show has changed as well, from the somewhat Bottom-like anarchy of recent years to a more thoughtful, dramatic pace. It’s good that the protagonist’s often thoughtless, self-destructive alcoholism has been toned down this year; as a plotline it’s been dragging on for long enough, and some sort of resolution was well overdue. At least this has been a dramatic one.

Kudos too for treating all the characters so even handedly, even throughout the dramatic trauma of events. The protagonist’s ex has never been less than sympathetic, even through the early episodes of finding the balance in a new, friends-only relationship. Likewise, even the former housemates have a believable sympathy to them; even the one whose writing makes him seem to border on the semi-autistic, who was the main source of conflict last season, is drawn with reason and sympathy. His motives, and last season’s personality clash with the protagonist, are believable and given a tragic light of their own.

Of course this season all those characters have been relegated to “also starring” status in relevant episodes, rather than the previous season’s main cast status. But it’s been a welcome move to introduce so many new characters from the local village at the Red Lion pub, which feels more like the main setting than the protagonist’s home now.

In particular there’s been a welcome expansion of the show’s locations without too much cost to the budget. This year alone has seen plot arcs in Amsterdam, Luxembourg, Andorra, France and Spain. Breaking out of the previously established locations of Cambridge and the February specials set in Los Angeles is a welcome format change. 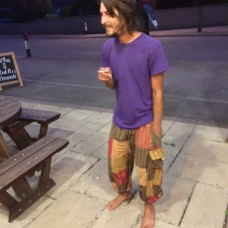 If there is a new showrunner, s/he has cleverly built on the previously established plot threads in a satisfying way this year. The main driver has been the protagonist’s self-deluding plotline regarding his lovable, introverted “friend with benefits”, introduced four seasons ago. That’s been building slowly throughout the year, culminating in the devastating (for the protagonist) twist that the sweet-natured guy would (obviously) not be able to fill the void the protagonist was thoughtlessly trying to cram him into, and would take a step back to become a friend only, without the former “benefits”.

That neatly tied into the multi-episode arc of this year’s season finale, building on the earlier multi-parter that saw the protagonist try living in his van for the first time and visit said friend in Cornwall. It seems a sizeable chunk of this season’s budget was held back for this final arc, which saw the protagonist taking a soul-exploring journey throughout Europe, culminating in an emotional reunion with his friend in Southern Spain. Their scenes together were heart wrenching, as the friend gave the protagonist some much needed home truths. Hopefully in the next season, he’ll learn from them.

After that stirring emotional drama, set against some staggeringly beautiful European backdrops, the actual season finale this year was nicely low key, bringing back some former main cast members from many seasons ago. In an anonymous airport hotel, a low key character drama was played out as the protagonist was reunited with his brother (a recurring player for many years), his sister (an inspired mirror of his own personality) and his father, not seen on the show for several seasons now.

Again, this ep had a real feeling of catharsis to it, and seemed to set foundations for new plotlines next year. It will be entertaining to see if our newly receptive protagonist can cope with the “boot camp” his sister is proposing in Sheffield, or whether that will result in some kind of Basil Fawlty-style meltdown. At this point, it could go either way.

In many ways, this season has felt like a transitory year; the show is looking for a new format but hasn’t found one yet. But plotlines have been laid for next season; the new direction in the protagonist’s life, trying to travel and teach English, promises fresh drama of the kind the show has rarely delivered in its last fifteen seasons or so. Along with some welcome changes in settings. If this is a show in the throes of reinventing itself, then more power to it – it’s doing better at staying relevant than The Simpsons has for some years. Roll on season 50!