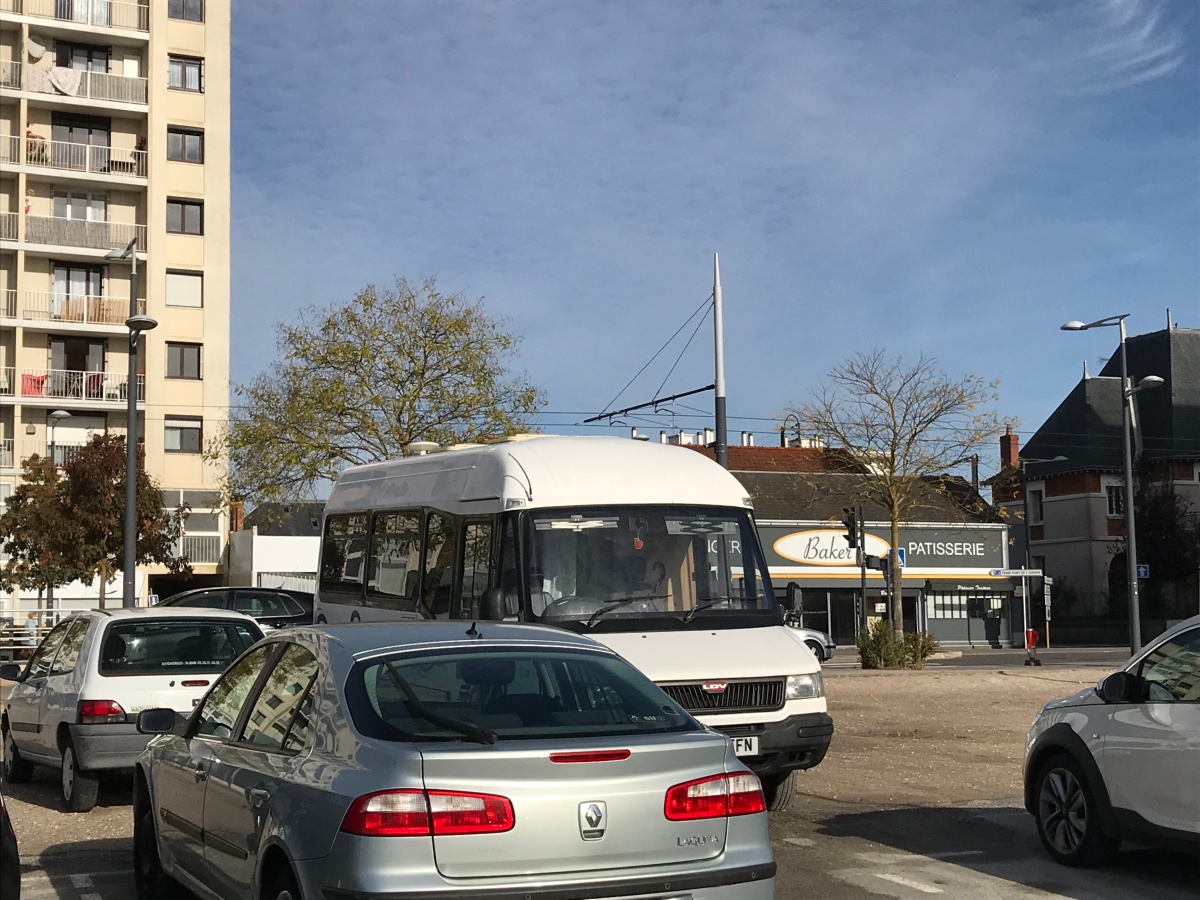 I have a nice night wandering round Orleans after my couple of drinks in L’Hendrix Pub. I may not be sorted in my head after all my recent trauma, but every so often I have to take a moment to remind myself what I’ve achieved here. I’m travelling! What I’ve always wanted to do! I’ve experienced great chunks of three countries in a couple of weeks (remember Andorra’s a country too)! END_OF_DOCUMENT_TOKEN_TO_BE_REPLACED 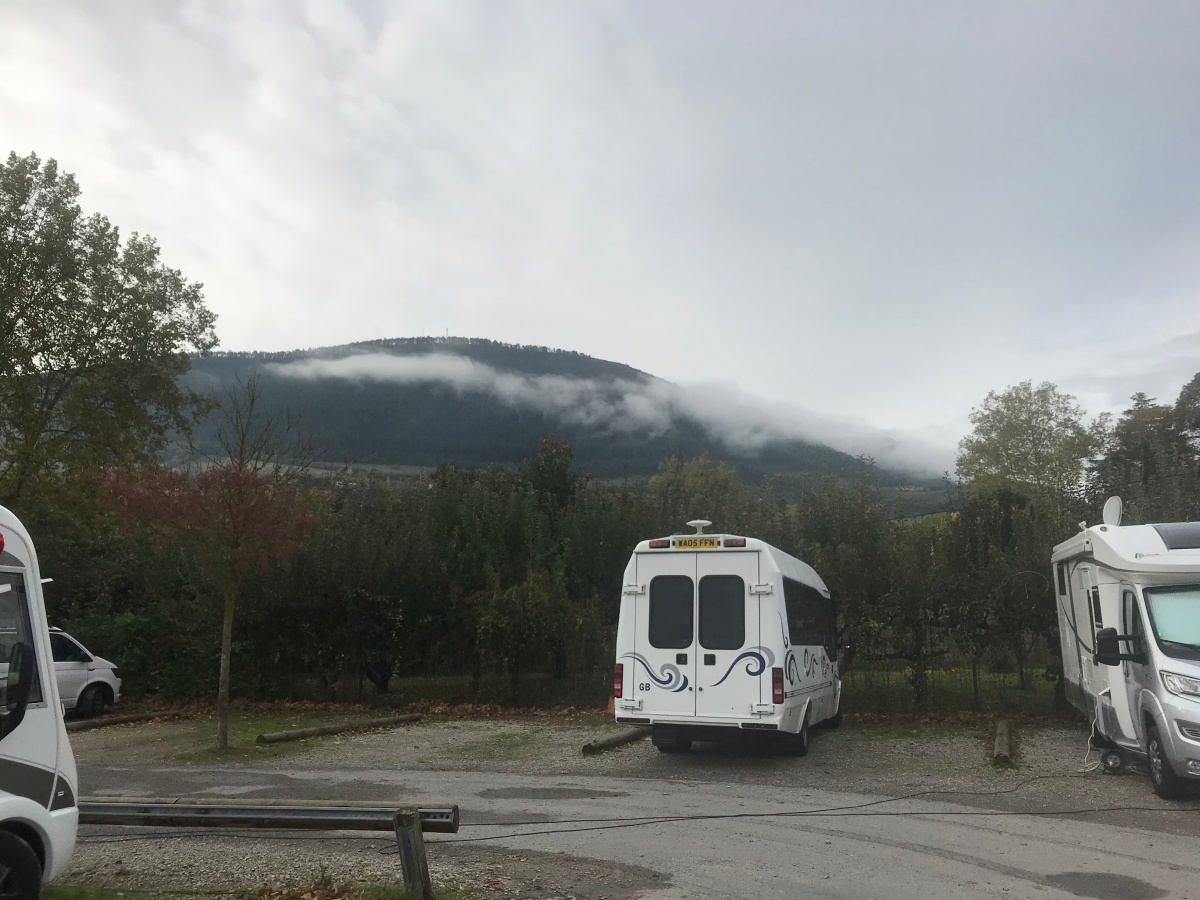 Partly because I’m leaving Tom of course, though arguably until my head is more sorted out, a bit of distance between us is best. But it’s also that, after a week, I’ve really started to feel at home here. I know my way about, my Spanish has improved from non-existent to basic, and it’s warm. While  I’m still on an adventure, it lowers my spirits to know that I’m back driving north. Into winter. END_OF_DOCUMENT_TOKEN_TO_BE_REPLACED 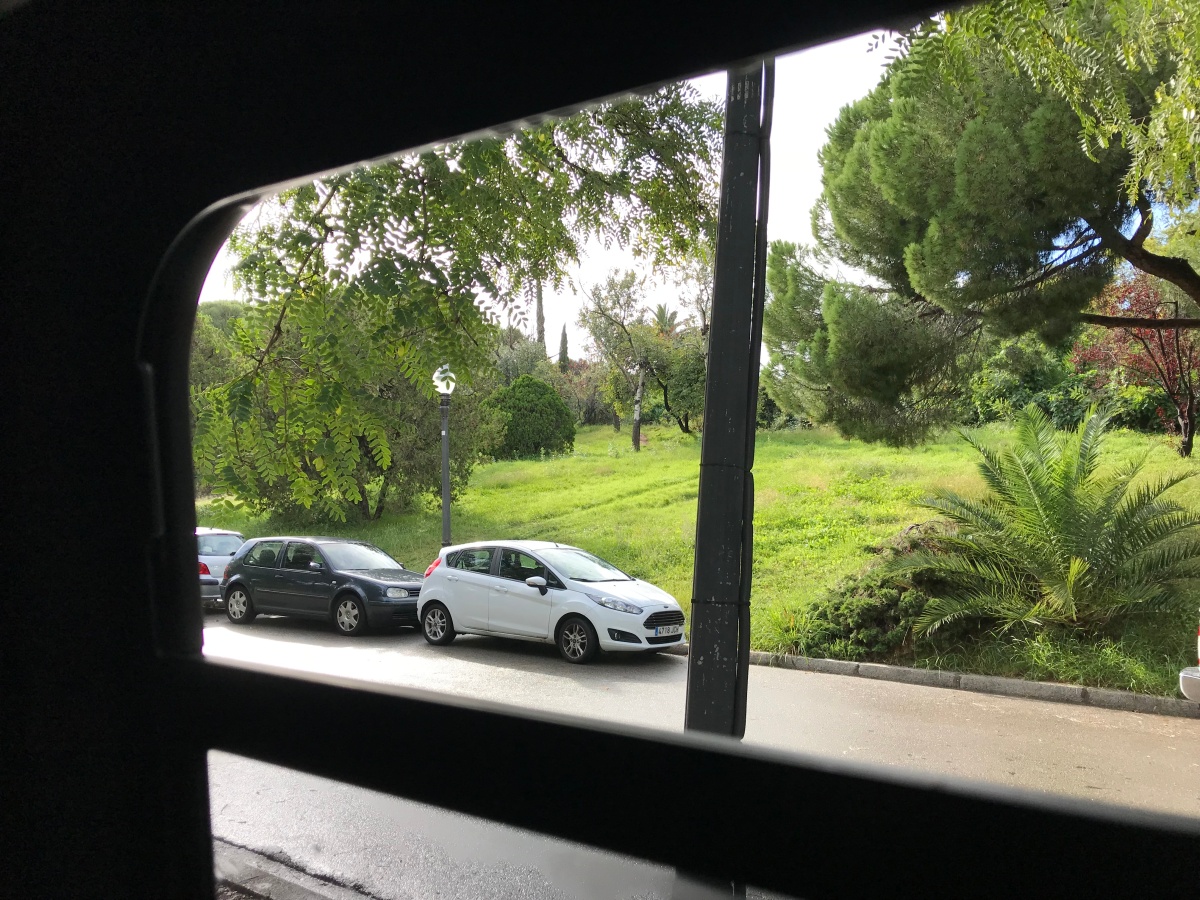 By now this isn’t much of a surprise. After all, it was starting last night, when we sank into sleep listening to Elvis singing American Trilogy at about 1am after cans of both Estrella and San Miguel. But this is some serious rain, thundering off the van’s plastic roof loudly enough to drown out any music you might want to listen to. END_OF_DOCUMENT_TOKEN_TO_BE_REPLACED 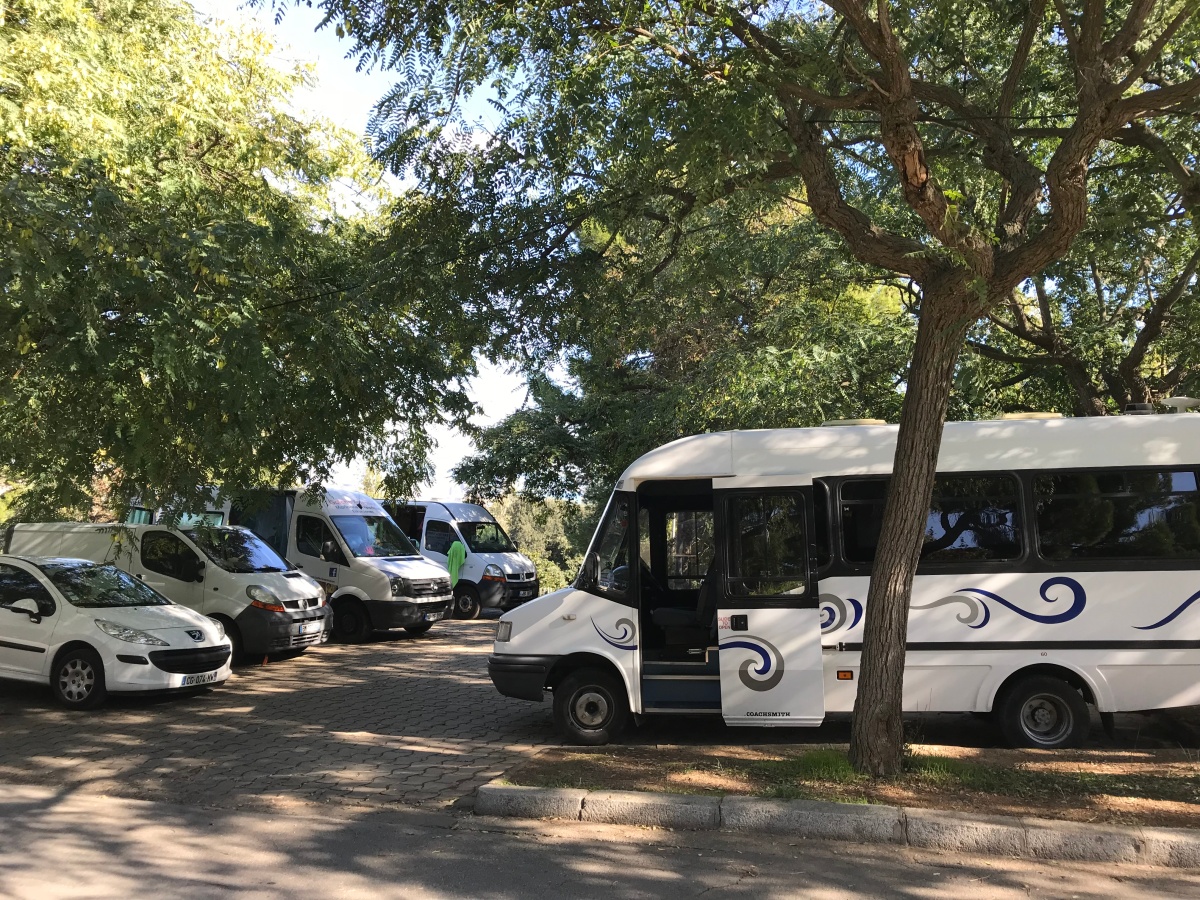 After the gloomy, rainy recent days, it’s a relief when we wake and squint, bleary eyed, through the windscreen at a recently absent friend – sunlight. I can’t help feeling the high drama of the past couple of days has been accentuated by the gloomy weather. Even so, it’s never been less than about 15 degrees C, a lot warmer than back home. Tom, who’s been here for a month now, thinks this is “chilly”. END_OF_DOCUMENT_TOKEN_TO_BE_REPLACED

We don’t get much time to rest after the tumultuous events of last night. I have to be awake at 8am, because the previous day I’d called the RAC European breakdown service to get the van’s grease-leaking front wheel bearing looked at. They’d seemed quite efficient, and had promised that a mechanic would be there at 8am Monday. END_OF_DOCUMENT_TOKEN_TO_BE_REPLACED

After my first decent night’s van sleep in Barcelona so far, I wake yet again to the sound of rain pattering off the fibreglass roof. Huh, I’ve come all the way to southern Spain, and I’ve brought the winter with me. END_OF_DOCUMENT_TOKEN_TO_BE_REPLACED

“If people find out about about vampires, werewolves and ghosts, there’ll be lynchings. There’ll be riots. It’ll be like the tuition fees march all over again.”

With, presumably, the last two episodes of the series earmarked for the climax to this year’s Big Plot, this week’s Being Human felt like a bit of light relief. It was perhaps the first true standalone episode this year, in the sense that it could be removed from the series as a whole without making a difference to the overall story. But it was more than just filler; it now feels like we’re properly bedded in with the new characters, and this gave all three of the gang a chance to flex their comic muscles with more than a hint of pathos. And for a wonder, we actually got a script that wrote Tom as more than a one-dimensional comic relief idiot, which truly was a relief.

Obviously, the events this week were spurred by the Big Plot, as geeky teenage werewolf Allison set out to find Tom after seeing him on Cutler’s now widely viewed YouTube video. It was also the first time our less than internet-savvy gang got to find out about this (“Don’t tell me you’re still on MySpace,” sighed Allison at their blank incomprehension of the word ‘Facebook’).

Cutler too was having problems, as a comedy trio of 80s style vampires turned up at the warehouse to usurp his ‘management’ for the Old Ones. These were fun, but obviously one shot characters from the start. Golda (Amanda Abbington) was like the worst boss you’ve ever had (“If you don’t like it, complain to your line manager. Oh wait – that’s me.”), and her eventual comeuppance was like a bit of wish fulfilment for every downtrodden employee. For once, in fact, you found yourself rooting for Cutler, as his typically Machiavellian schemes drew Tom and Allison into doing his dirty work.

Meanwhile, Hal was being played for laughs more than Tom this week, as his OCD rituals struggled to compete with the temptation of sultry Scots tomboy Alex (Kate Bracken). The story actually drew heavily on both of the guys’ awkwardness with women, and of the two, Hal seemed to draw the short straw. His quiet serenity at rearranging the eggs in order of size interrupted by a girl who actually fancied him, he was stuck with a distinctly old-fashioned view of ‘courting’. “Write her a poem, then go and speak with her father,” was his advice to Tom on the matter, while Annie’s view was “get her drunk and snog her”. It can be funny that Hal has so singularly failed to move with the times, but there was possibly a bit much of that here – at least he eventually reminded us that he’d “seduced thousands of women”, although that felt more like a hollow boast by Julio Iglesias.

Just so everyone had an equal share of the action, Annie was stuck babysitting a cantankerous, pervy old ghost, after she accidentally killed him in the mistaken belief that he was trying to kill Eve. Anthony O’Donnell was surprisingly likeable as the Rigsby-alike old git, who made for a suitably comic house guest as the boys’ action unfolded around him. It’s noticeable that, of all the varieties of supernaturals in the show, the ghosts seem to have been given shortest shrift lately in terms of their mythology; so it was nice to get back to the world of redemption and Doors into the afterlife.

Mind you, it did feel like a bit of a disconnect that there was no mention of Annie’s recent, unanticipated relish for killing, in the wake of what happened with Kirby. After the portentous dialogue last week about that, I would have expected some reference to it after Annie, however accidentally, killed again. A more eagle-eyed script editor might have spotted that, and put in at least one line acknowledging it.

After much of the usual leching after Annie, it transpired that Emrys’ unresolved issue was to psychically torment his loathed ex-wife and her too-cutesy piano teacher husband. After a previous (and amusing) bit of misunderstanding in which Annie mistook a cupboard for Emrys’ Door, his real Door finally materialised. This led to much talk along the lines of “when you get your Door”, which seemed a little odd; Annie has already passed up one Door to save Mitchell, then been dragged involuntarily through another, from which Mitchell rescued her. I’ve got a feeling that for her, as far as Doors are concerned, the regular rules no longer apply. But it was surely a significant bit of foretelling as Emrys pointed out that her redemption might not necessarily involve doing something “good”. I’ve got a feeling that’ll come back to haunt her (so to speak) by the end of the series. And with all this talk of Annie moving on, are the showrunners preparing for her to leave too?

However, the heart of the episode (hence the title) was Tom’s burgeoning romance with Allison. Ellie Kendrick was genuinely sweet as the gawky teenage weregirl, making a character that could have seemed like a cardboard copy of Ab Fab’s Saffy believable and charming. She also got some proper character development, as she went from Blue Peter badge-wielding debating champion to eager vampire slayer – a development Tom was none too keen on. The montage of her ‘training’ in vampire killing, to the title tune of ‘Puppy Love’ was fun and sweet, but in the end maybe she was too light a character to be kept on.

That’s a shame, as the rapport between her and Tom worked well. Michael Socha rose to the challenge perfectly as his character was finally written as a shy, sensitive virgin however many vampires he may have killed. His final, all-too-transparent pushing away of Allison was a little heartbreaking; she felt like a character who could have stayed on. But then so did Emrys. And Adam, last week. It’s notable that the ‘guest’ characters this year have been so memorable that they felt like potential additions to the main cast; possibly an indication of a show in transition. Or, if you’re one of those (and there’s quite a few) who simply haven’t taken to the new characters at all, an indication that the main cast aren’t as interesting as those around them.

This was, ultimately, a fun and amusing romp of an episode. It was never less than entertaining, and made me laugh a lot, but was really pretty forgettable. It was chiefly notable for giving Tom some proper character action, and for the foreshadowings of the climax to the Big Plot, as future-Eve appeared through Emrys’ door and made herself known to Annie. A ‘filler’ episode then, but a rather enjoyable one. This may be Being Human on auto-pilot, but it’s still miles better than a lot of other cult TV shows on right now.